There is no doubt that HQ Trivia was one of the great phenomena of 2017. It appeared without causing much noise and little by little its popularity was growing to great extremes. Something that in 2018 keeps increasing thanks to the arrival of the application for Android, which has made the user base grow nonstop. Achieving victory is not the simplest thing in the world and so we will report some advice to win in HQ Trivia without being utopian. 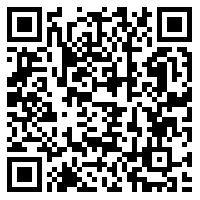 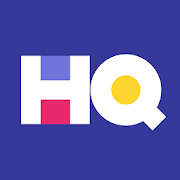 Let’s face it, HQ Trivia comments are a flood bottomless pit . Sometimes it’s possible to have a laugh when Scott Rogowsky is not around and comments are flooded with #FreeScott and other anecdotes, but it’s normal to be more of a distraction than anything else. What’s more, they are a very evil distraction due to the amount of insults and absurdities they say. So the best we can do is disable them while doing a top-down swipe.

Invite others to earn extra lives

It is possible to gain extra lives in HQ Trivia if you invite someone with your reference code and this person to play for the first time. Something as simple as tapping the “Get More” button on the main screen where you can share your code with anyone you want. These lives are very useful since they will allow you to continue playing when you have answered a question badly. I mean, it’s only possible to use one per game and it applies automatically. An authentic health balm that is never left in our profile.

Reading the official Twitter of HQ Trivia is not foolish, since we can often get clues about some of the questions that we will have to answer in the next game . Still, it also serves to keep track of the technical issues affecting the app and sometimes delay the start of any of your games. Sometimes we go crazy to play and we find that it will not roll, that we will need to wait a while that we might not have.

HQ Trivia has become one of those activities that bring people together. Finding whole families playing this game has become something normal through social networks. And this is more normal than it seems since it is proven that several heads think better than one. So it’s a good trick to try to get the HQ Trivia money. And if you think it is not so, read this article where they comment how they managed to win thanks to being several people and the help of the Google assistant.

Remember that all matches always happen at specific times: at 3:00 p.m. and 9:00 p.m. EST on weekdays and 9:00 p.m. on the weekend, but we often do not know that there is a match later. So there is nothing easier than activating notifications so that we never lose track of when the next match will be . We will receive several warnings when it is not enough time for the game to start, so it is the best way to prepare.

Practice with TenQ between matches

Knowing the correct answer to all Trivia HQ questions can be a giant task. We are not all Pythagoras of life and we have all the knowledge of the world in our heads. But that does not stop us from improving our game thanks to practice apps like TenQ , which brings us thousands of questions that could perfectly appear in a live quiz. Still, you have the 10 seconds to answer the questions and we will continue to train under stress. 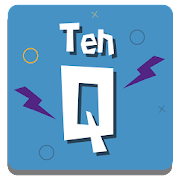 Keep watching the game even if it is deleted

Although our usual action to lose is to get out of the game quickly and with a certain bitterness, holding on to the end may end up being something positive. This not only serves to get to know the game in greater depth and thus know the kind of question that appears in the end but also often we can achieve an extra life if we stay until the end. It is not the usual, but it is a prize of consolation that sometimes offers those participants who endured until the end, playing or not.

Also See;How to play the Playerunknown’s Android Battlegrounds on PC