The battery of an Android smartphone has its limits, and if some rules are not respected, we can greatly reduce its life. To learn how to best deal with the lithium batteries of Android devices, we’ve prepared a list of some wrong actions that can cause problems and irreparably damage them.

1. Charge your smartphone to your computer

Charging your smartphone to your computer via USB not only takes longer, it can also damage the battery. The currents fluctuate greatly between two USB ports, and can cause more heat than the charging in the outlet. It is exactly this heating that can shorten the battery life.

The materials used for electrodes and electrolytes are stable only at low temperatures, and suffer when the device overheats. The site Battery University measured a loss of up to 65% of the capacity of a battery when it was exposed to a temperature of 40 degrees Celsius.

This way, it is always better to use the original charger and an outlet, which provides a more stable current, extending battery life.

2. Use your smartphone while charging

Everyone needs rest, including their cell phone. While recharging, leave him alone and go see the life out there! If you keep sending messages, playing games or watching videos while charging, you will increase the temperature of the device, and the heat is the number one enemy of lithium batteries, and it takes longer to charge.

Deep in your heart still lives the memory of the old Nokia, indestructible as a diamond? Nostalgia in certain cases can be harmful, misleading. One has to leave behind the old habits. In the past, many would call for free carrier services just to run the battery down completely.

Times have changed: today, as stated above, smartphones have batteries that do not suffer from the memory problem, they are not “addicted”. Current cell phones should not be downloaded up to 0%, this is a serious error. This is partly avoided by a security system that turns the phone off if the battery reaches 5% (indicating, however, that it is at 0%), but it is still dangerous to reach such low levels. Ideally, start charging your smartphone when the battery reaches 15 or 20%.

4. Leave the smartphone in the car, under the sun

I doubt that you, as a reader of this site, will frequently separate from your smartphone, but we can always forget about it one time or another in the car. Serious mistake! The sun turns the vehicle into a true oven, and the heat blows away the battery. This also applies to actions that overload the smartphone and cause it to overheat.

There are several apps in the Play Store to monitor the temperature of your device. Such as CPU-Z and CPU-X: 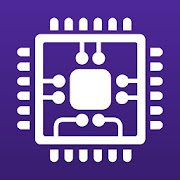 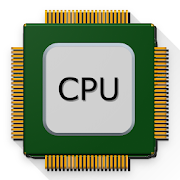 If the official smartphone charger has gone bad, our first impulse is to look for a cheap replacement. This may be a mistake that will cost more in the long run. The chargers are designed for certain devices, having their own technical specifications. Always buy an equivalent replacement and avoid pirated products so as not to reduce the life of your battery.

You do not have to pretend to be innocent. The smartphone law states that you should not use automatic brightness, but you still do not get it. Although the function is sometimes sophisticated enough to produce a pleasant effect, it is not able to select an optimum condition with respect to energy consumption. In fact, the minimum brightness that each person can get used to varies greatly.

Manually setting the brightness to a low value will substantially increase the life of your battery, and Android platform has its very simple adjustment, since the Quick Settings from your smartphone (or then ” Settings> Display> Brightness “).

7. Do not set the backlight duration

Almost everyone knows that the screen is one of the biggest devourers in an Android smartphone, so a good display configuration is the key to a longer battery life. The “backlight duration” setting determines how long your screen will stay on after use. Any interval greater than 30 seconds, in our opinion, represents a precious waste of milliampere / hour.

Do not worry about applications that require a long period of active screen, such as games or ebook readers. They will keep your screen active even if the setting is for a short time.

8. Do not pay attention to silent vampires (widgets and apps in the background)

The widgets are notorious battery killers, performing background updates mercilessly. You may think that a mere service of weather forecasting does not do so much harm. Wrong. You do not have to give up widgets altogether, but you can make smarter use of them.

A weather service, for example, does not need to update every hour (twice a day is enough). The best apps offer the option of setting intervals of updates and downloads. Avoid those who do not offer this functionality because they are the real vampires of your battery.

Two engineers, who work on Google and Cisco respectively, have concluded in a study done for the Internet Engineering Task Force that IPv6, when configured incorrectly, can help the battery drain faster.

The reason is Router Advertisements (RAs), which are responsible for sending periodic reports to connected devices on the network. Every time an RA is sent by the router, the smartphone CPU needs to work to process that information.

The problem is with poorly configured routers, which send a very large amount of RAs. This can be further aggravated by public networks such as airports and large shopping centers. Every time a device connects to these networks, reports are sent to all connected devices. As the input and output is constant, the processor needs to work harder and obviously spend more energy.

The recommendation is for administrators to configure networks to limit up to 7 RAs per hour. With this, they believe that the impact on the battery of the handsets would not be as significant.

Is Zepeto spying on you? Viral rumor leaves users in a panic